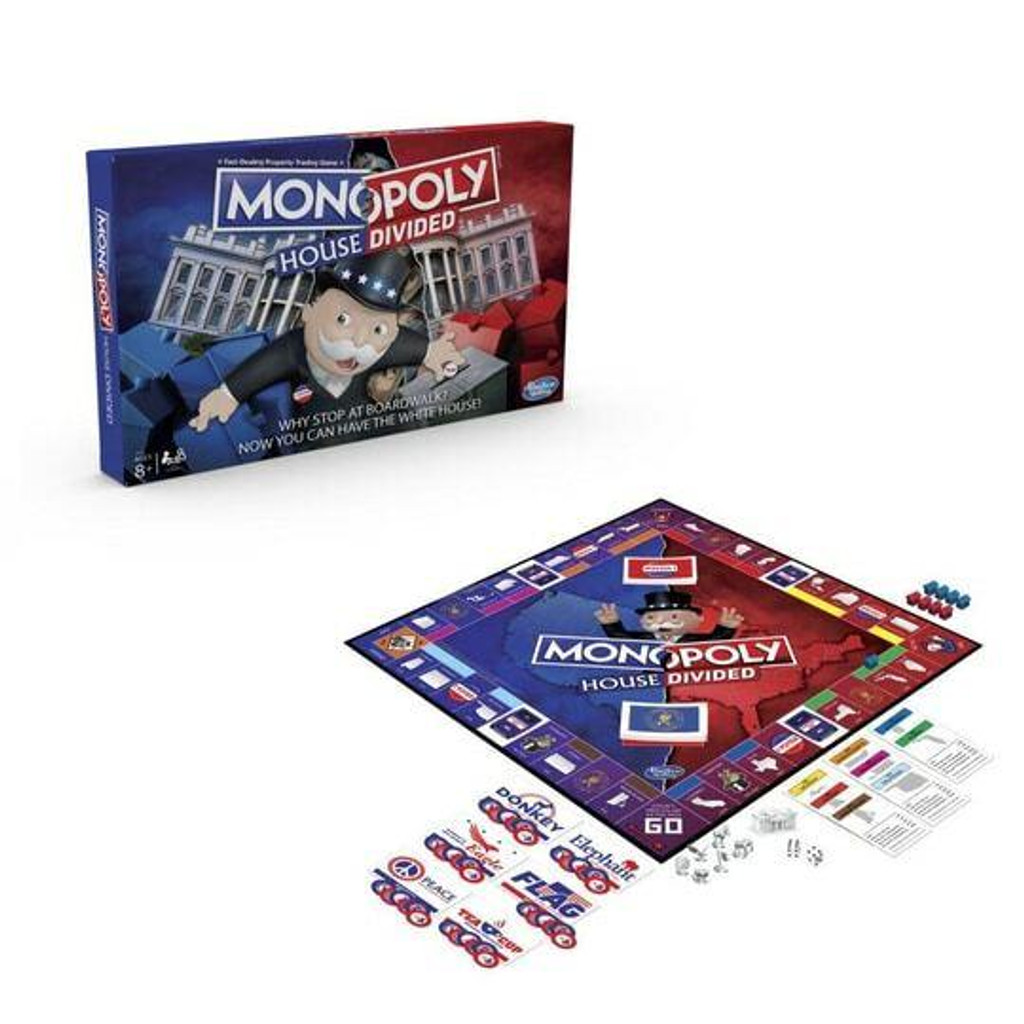 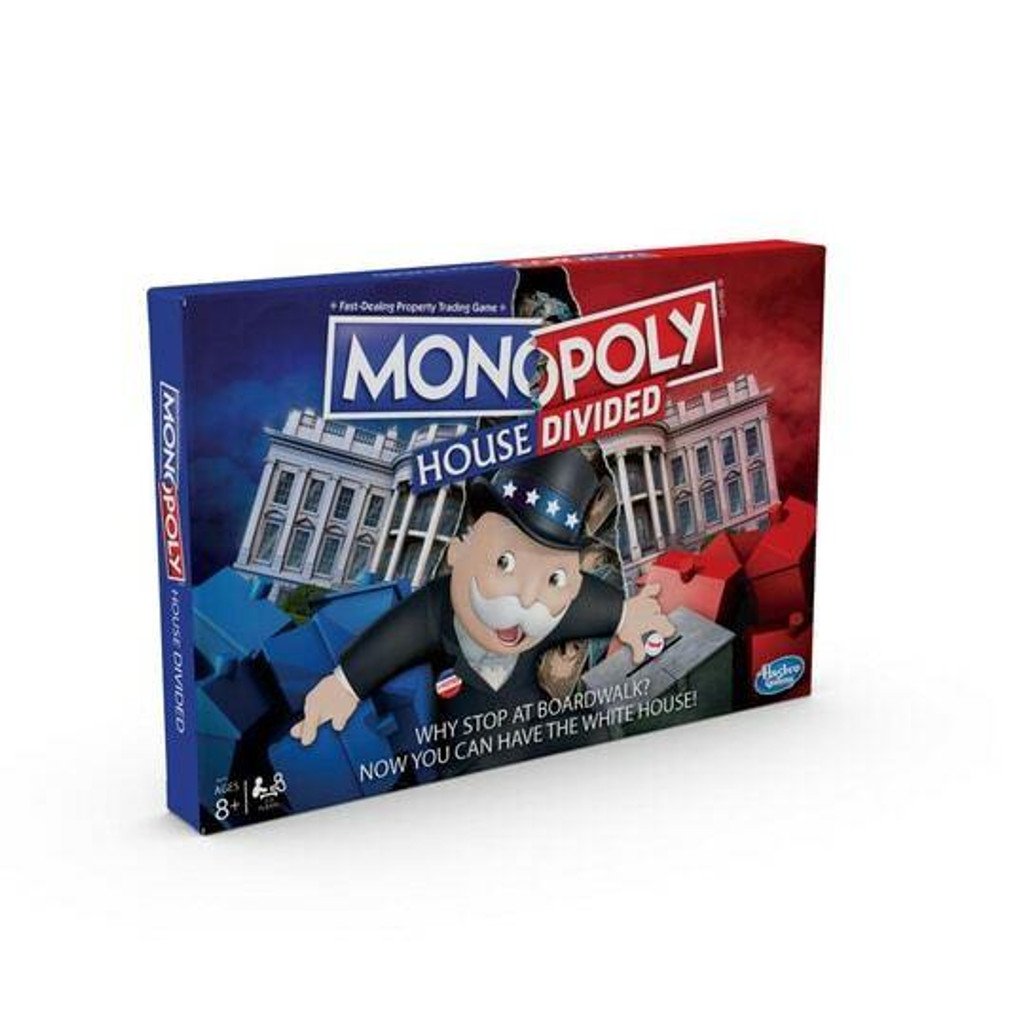 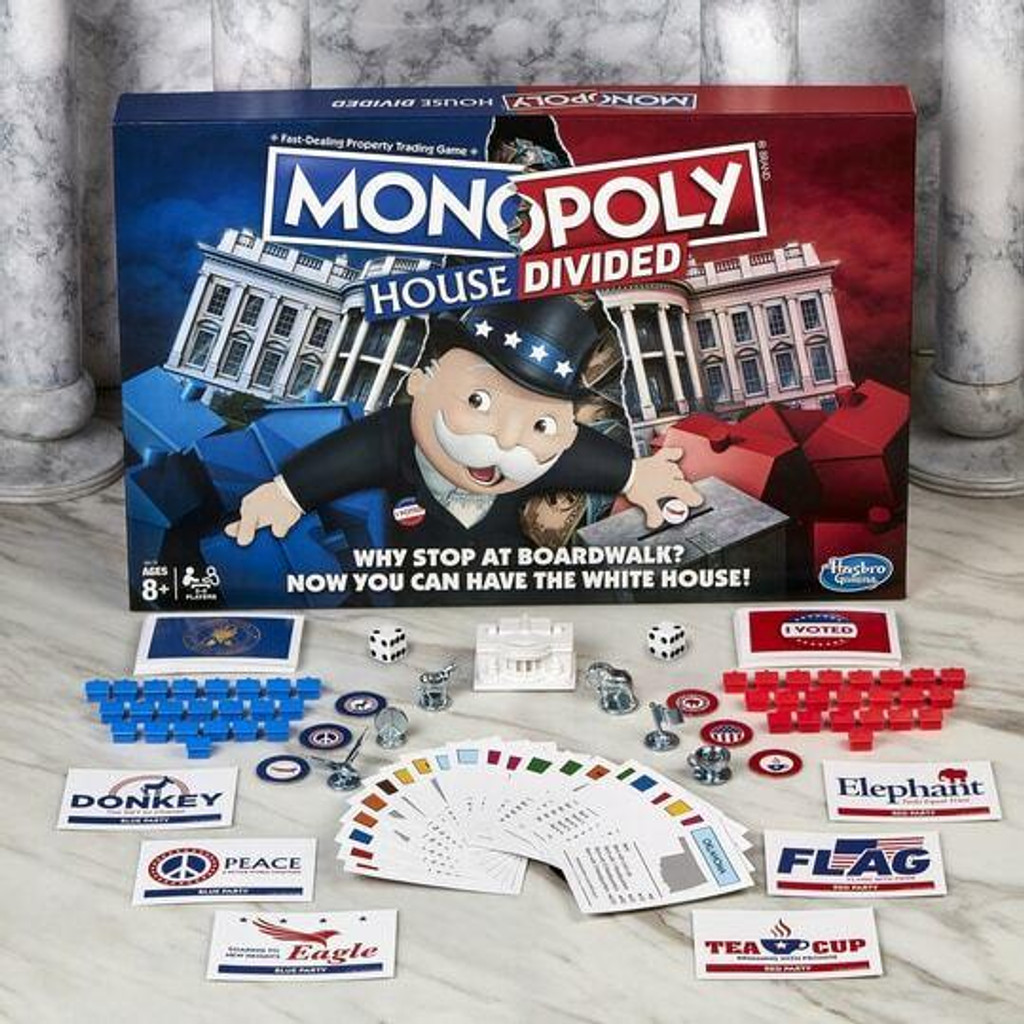 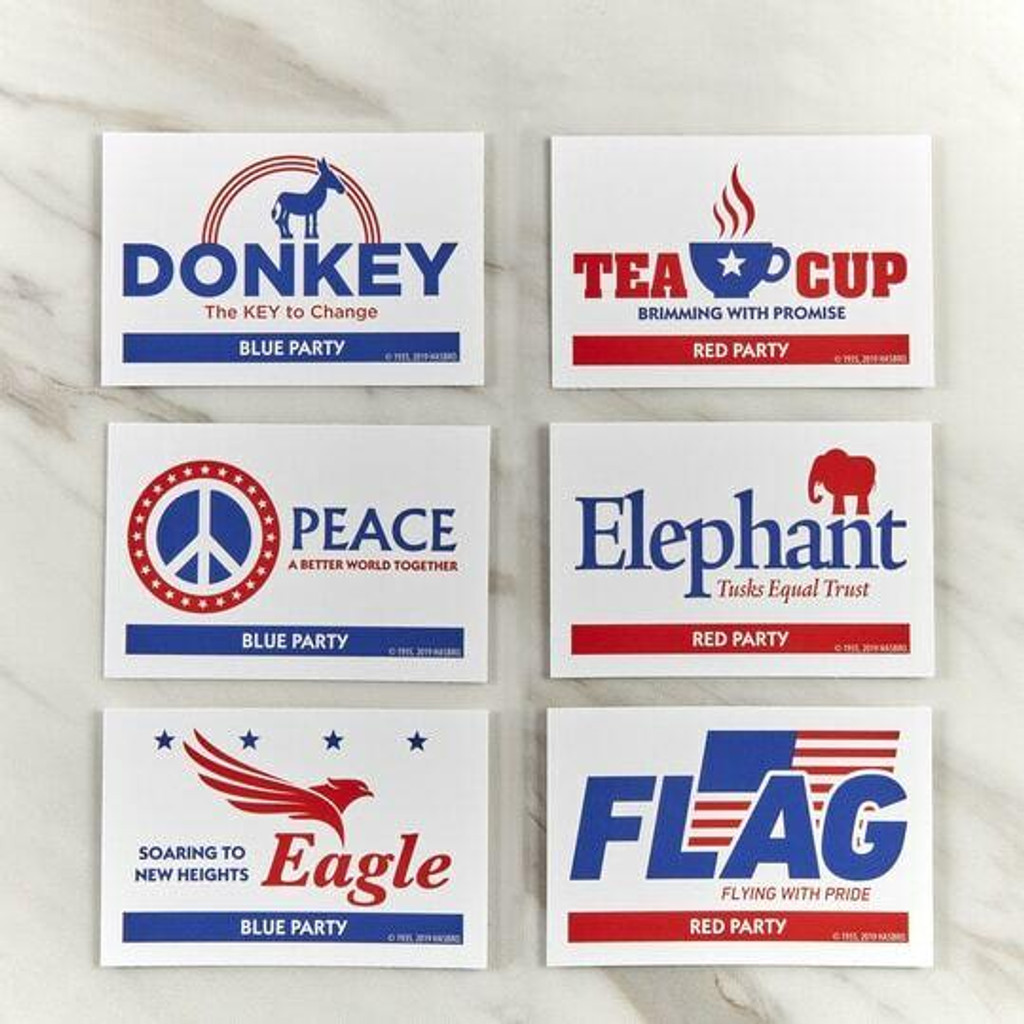 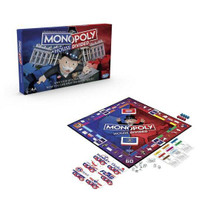 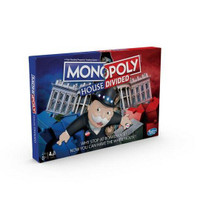 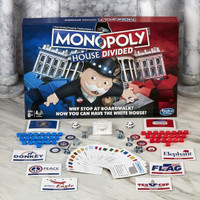 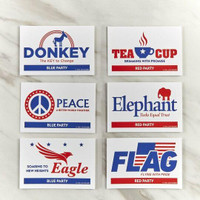 While there are numerous Monopoly versions (e.g. Game of Thrones, Ms. Monopoly, Star Wars, Toy Story, etc.), here at BeachNecessities.com we are going to limit ourselves as we believe the best was first, but given the importance of the 2020 election, especially with 2021 - 2030 being the UN Decade of Ocean Science for Sustainable Development, here's the Monopoly House Divided Game.  The objective is to win the Presidency and to do that players choose a candidate token, get assigned to the blue or red party and then buy states which earn votes.  When all the states are claimed, the candidate with the most votes wins!

That being said, we all know the process to winning those states is different every time so best of luck to each of the candidates.  As we mentioned, the UN Decade of the Ocean starts in Jan21 so our Nov20 election is critical to ensuring the ocean starts to get the care and respect it deserves given as it's the largest carbon sink on the planet so has been protecting us from climate change for decades now in addition to providing food for billions of people everyday.  Add in the amount of plastic waste finding it's way to the ocean and this upcoming election is critical to the human race's longevity and well being on this planet.

Availability: Usually ships within one (1) business day.
Current Stock:
Weight: 38.00 Ounces
Width: 19.50 (in)
Height: 14.50 (in)
Depth: 2.50 (in)
SKU: WM-MHDG
Warranty: You can return any new, unopened item(s) within forty five (45) days from the day it was ordered, that counts as day one (1) and you have until day forty five (45) to postmark your return, for a full refund without question. For items that have been opened, tested, tried on, etc., we will honor the forty five (45) return day period as long as there is no noticeable wear and tear on the item(s) returned. While the outbound shipping costs are not refundable, we will pay the return shipping costs as determined by BeachNecessities.com, minus a $4.95 handling fee.