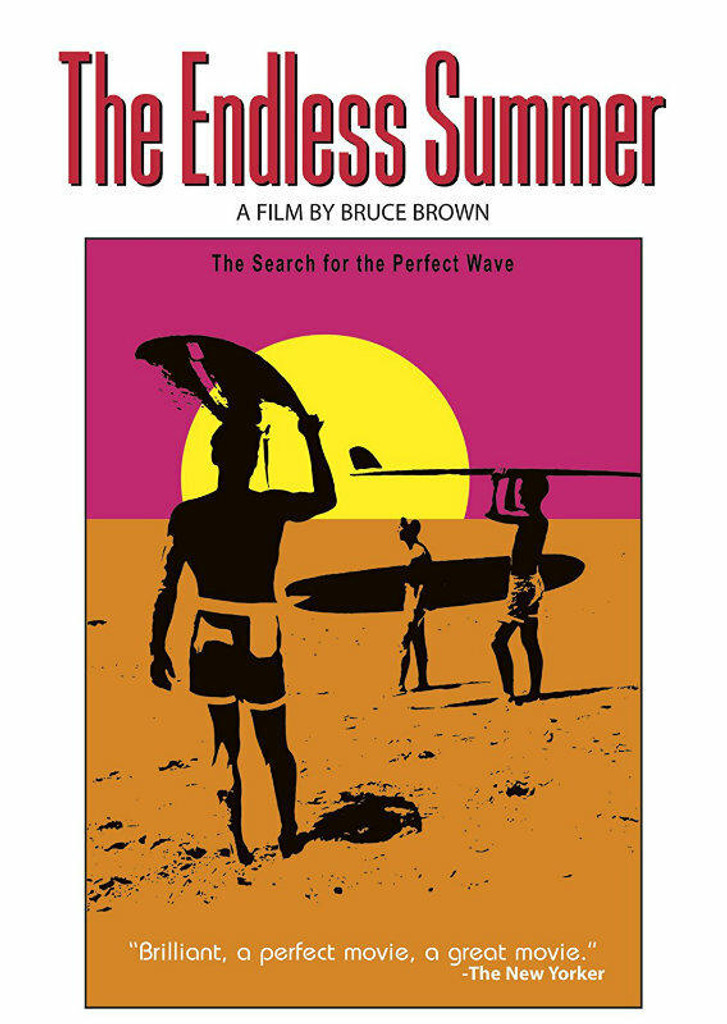 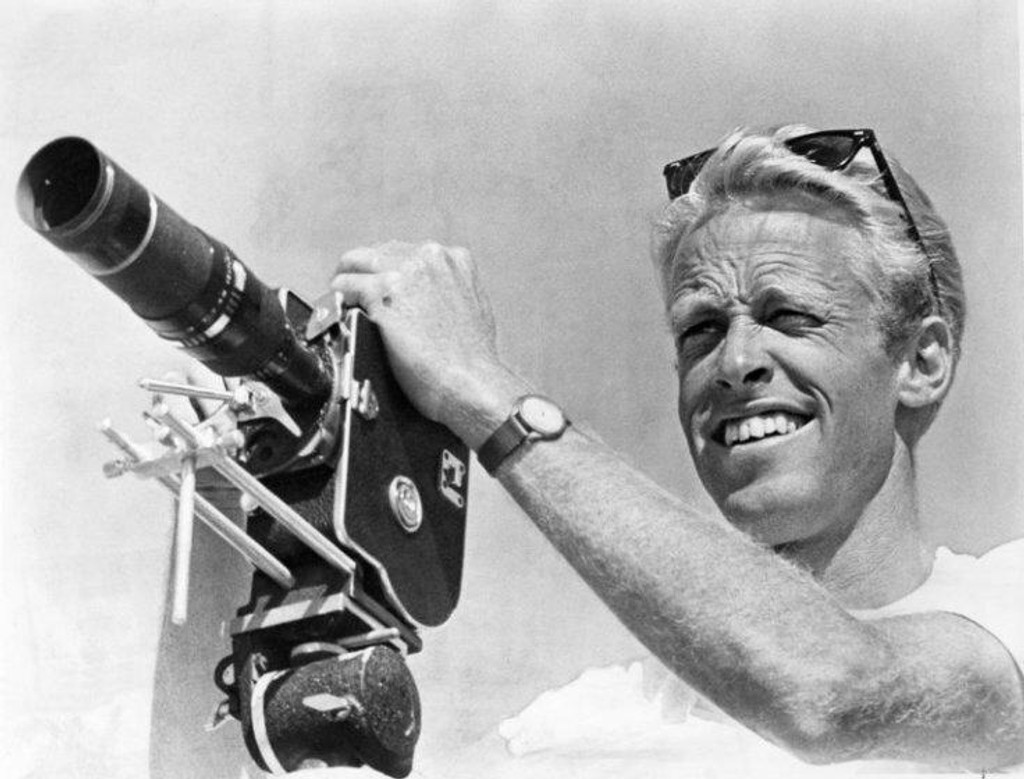 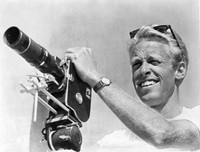 The Endless Summer is the ultimate surfing adventure film, crossing the globe in search of the perfect wave.  From the uncharted waters of West Africa, to the shark-filled seas of Australia, to the tropical paradise of Tahiti and beyond, these California surfers accomplish in a few months what most people never do in a lifetime...they live their dream.  Filmmaker/narrator Bruce Brown follows two surfers, Mike Hynson and Robert August, on a surfing trip around the world.

Director Bruce Brown creates a film so powerful it has become a timeless masterpiece that continues to capture the imagination of every new generation.  When it first played in theaters in 1964, audiences lined up to see it again and again, spellbound by its thrilling excitement and awesome photography.  But in fact, what's most compelling about the film is the sport of surfing itself, and once you've seen it, you'll never forget why.

The movie's title comes from the idea, expressed at both the beginning and end of the film, that if one had enough time and money it would be possible to follow the summer up and down the world, northern to southern hemisphere and back, making it endless.  The concept of the film was born through the suggestion of a travel agent to Bruce Brown during the planning stages of the film.  The travel agent suggested that the flight from Los Angeles to Cape Town, South Africa and back would cost $50 more than a trip circumnavigating the world.  Bruce then came up with the idea of following the summer season by traveling up and down the world.

Availability: Usually ships in one (1) business day.
Current Stock:
Weight: 5.25 Ounces
Width: 9.00 (in)
Height: 6.00 (in)
Depth: 1.00 (in)
SKU: AM-TES
Warranty: You can return any new, unopened item(s) within forty five (45) days from the day it was ordered, that counts as day one (1) and you have until day forty five (45) to postmark your return, for a full refund without question. For items that have been opened, tested, tried on, etc., we will honor the forty five (45) return day period as long as there is no noticeable wear and tear on the item(s) returned. While the outbound shipping costs are not refundable, we will pay the return shipping costs as determined by BeachNecessities.com. There is no handling fee of $4.95 if the total return weighs < eight (8) oz.