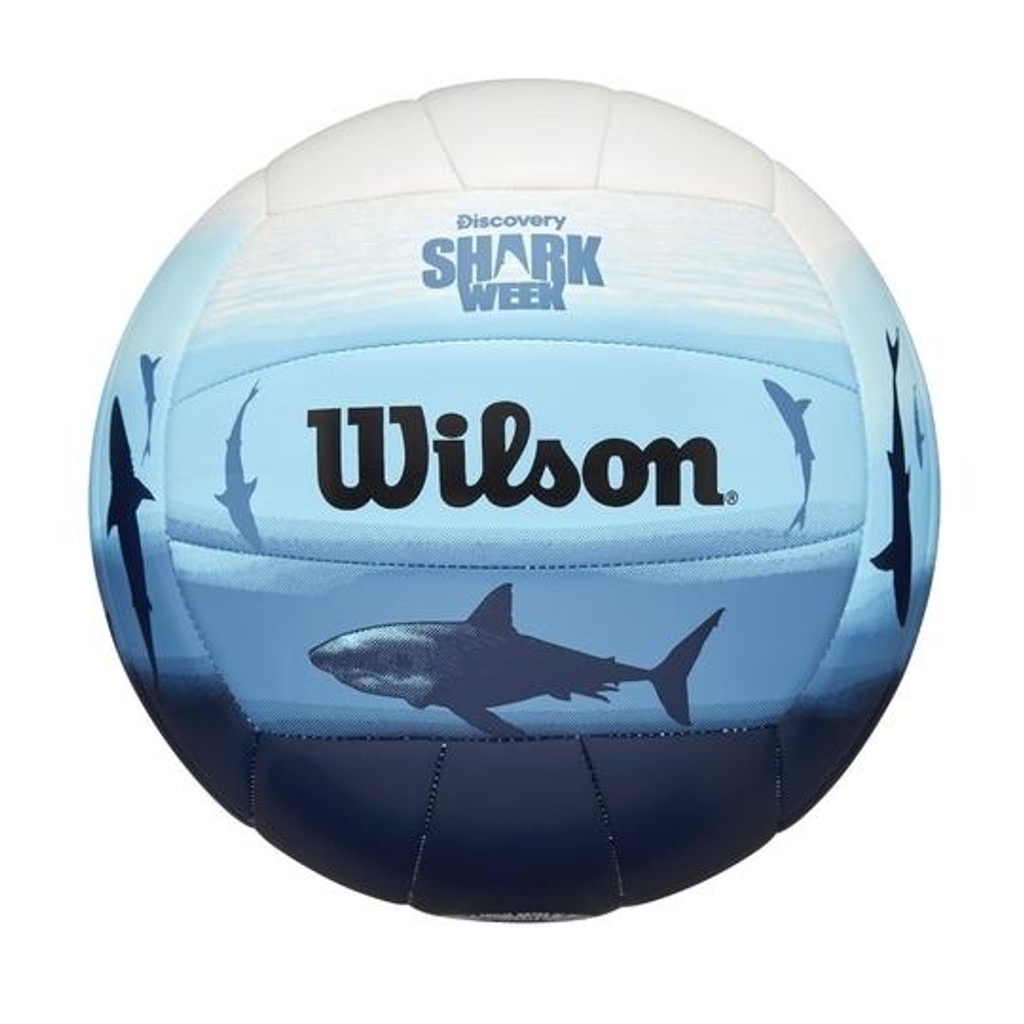 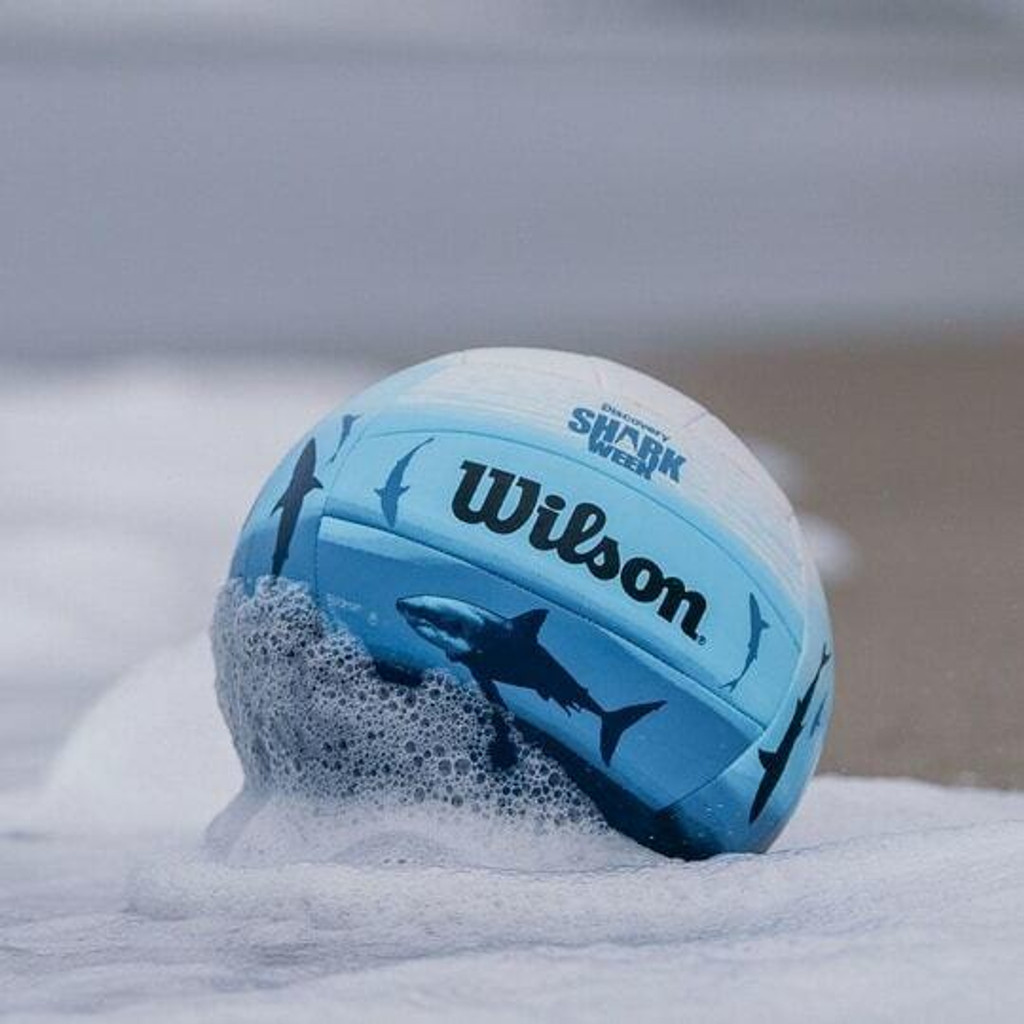 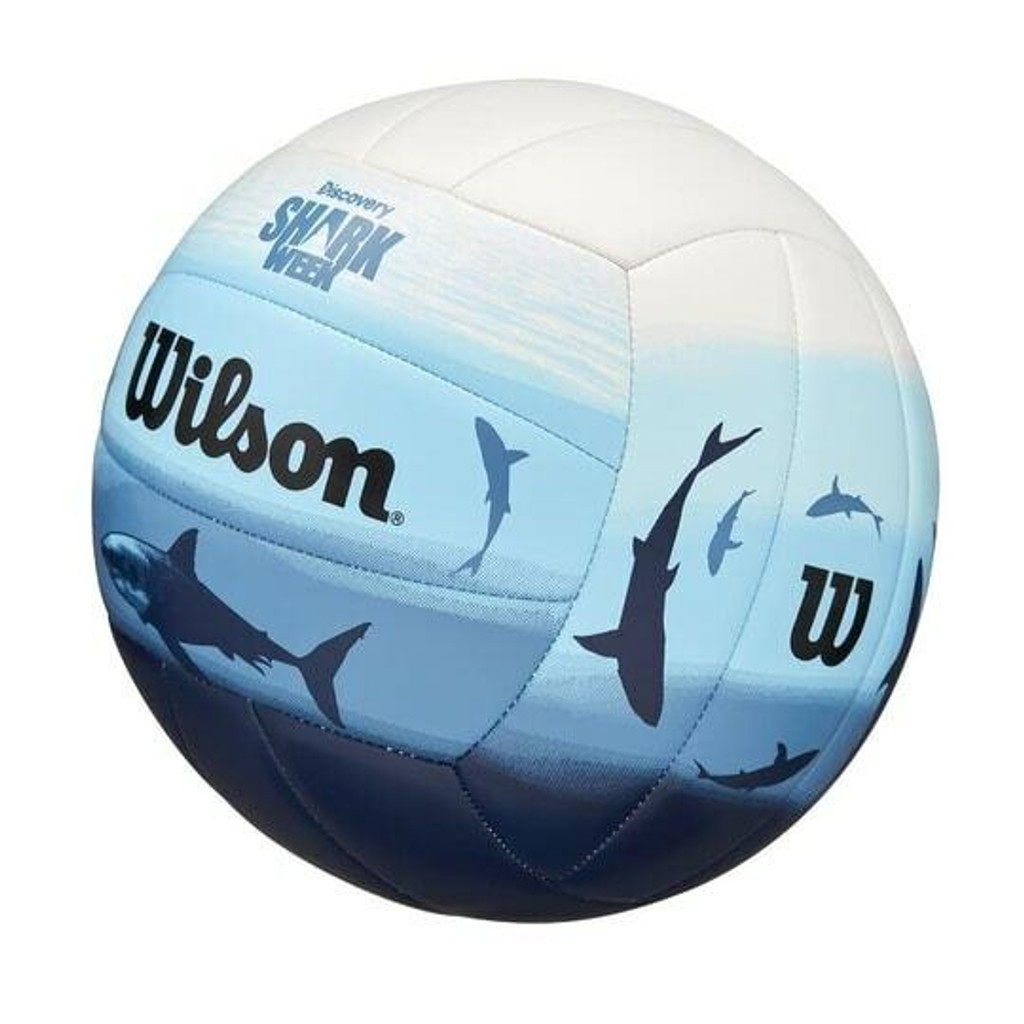 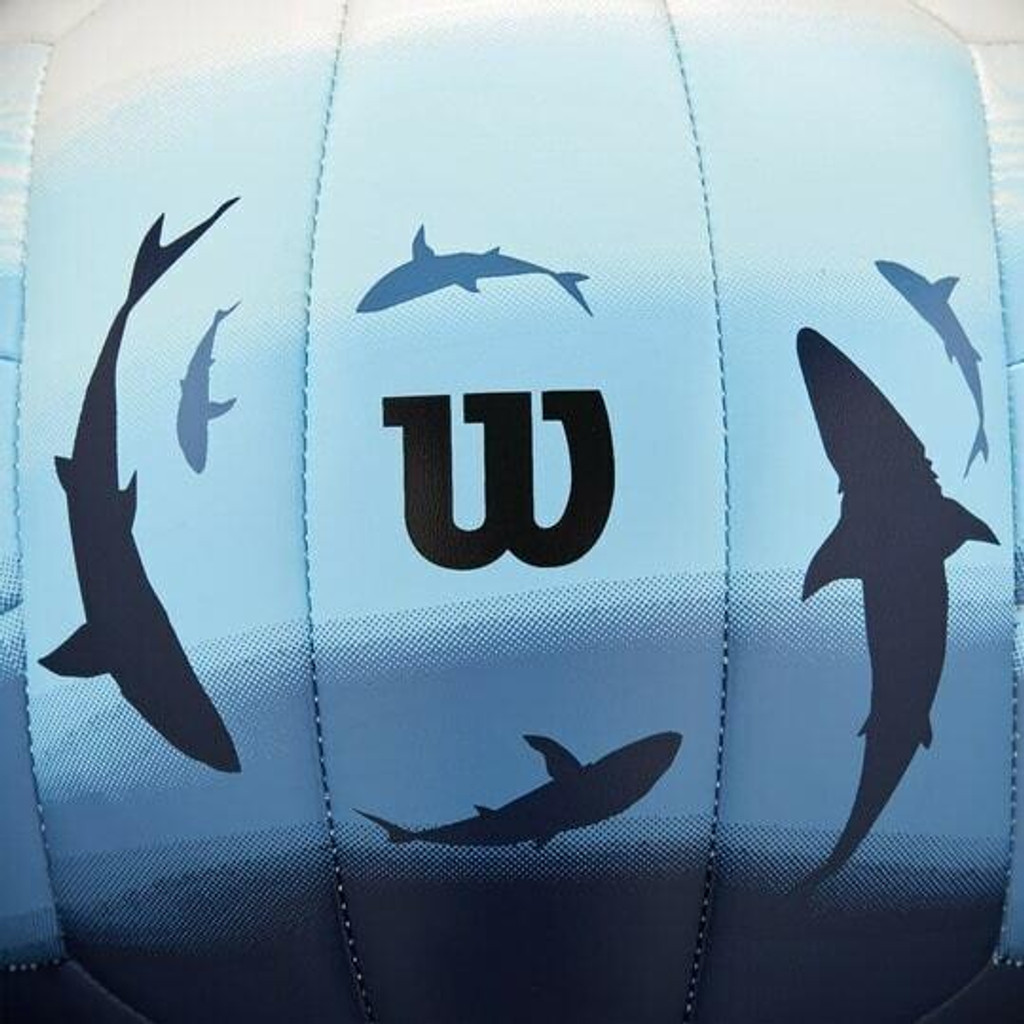 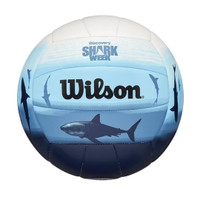 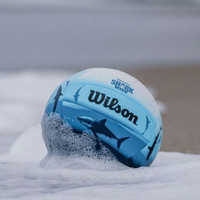 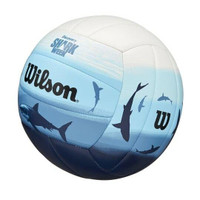 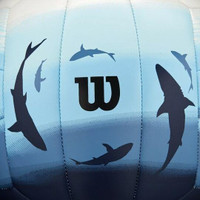 In honor of Discovery Channel's Shark Week, Wilson has made a Wilson Shark Week Beach Volleyball.  Featuring images of sharks, this is a super fun official sized volleyball for playing beach volleyball.  Colors are black, blue, gray and white.

Shark Week is the longest running cable television programming event in the history of cable television having gotten it's start in 1988.  Featured annually, in July or early August, it has been devoted to conservation efforts and correcting misconceptions about sharks.  Shark populations are highly threatened as ~100 million are killed every year.

Availability: Usually ships in one (1) business day.
Current Stock:
Weight: 15.95 Ounces
Width: 10.00 (in)
Height: 10.00 (in)
Depth: 10.00 (in)
SKU: WN-WSWBV
Warranty: You can return any new, unopened item(s) within forty five (45) days from the day it was ordered, that counts as day one (1) and you have until day forty five (45) to postmark your return, for a full refund without question. For items that have been opened, tested, tried on, etc., we will honor the forty five (45) return day period as long as there is no noticeable wear and tear on the item(s) returned. While the outbound shipping costs are not refundable, we will pay the return shipping costs as determined by BeachNecessities.com, minus a $4.95 handling fee.