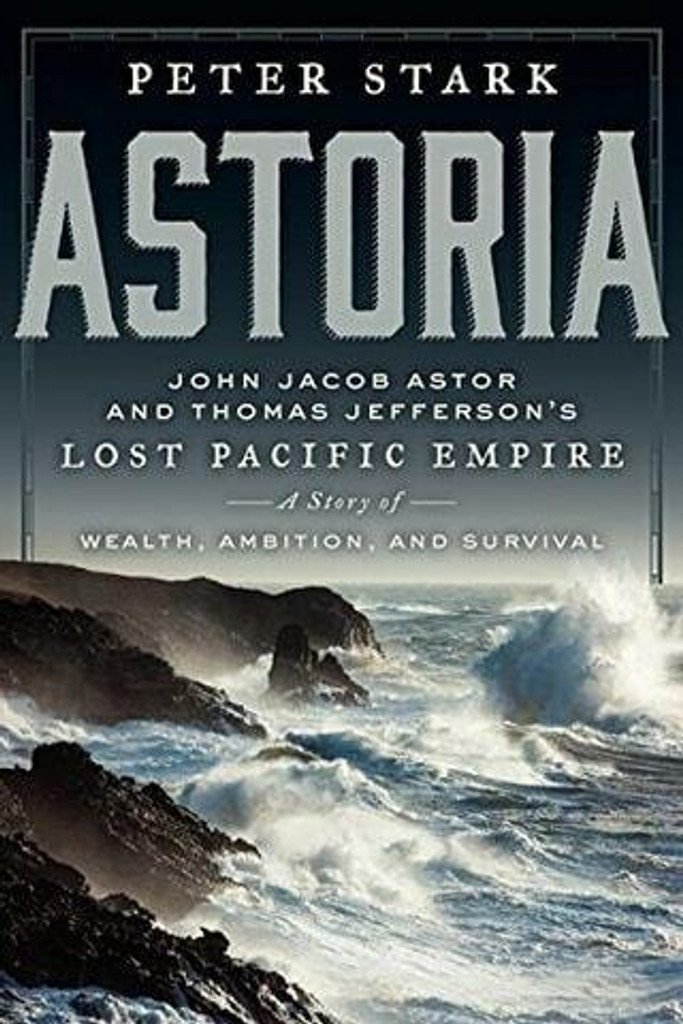 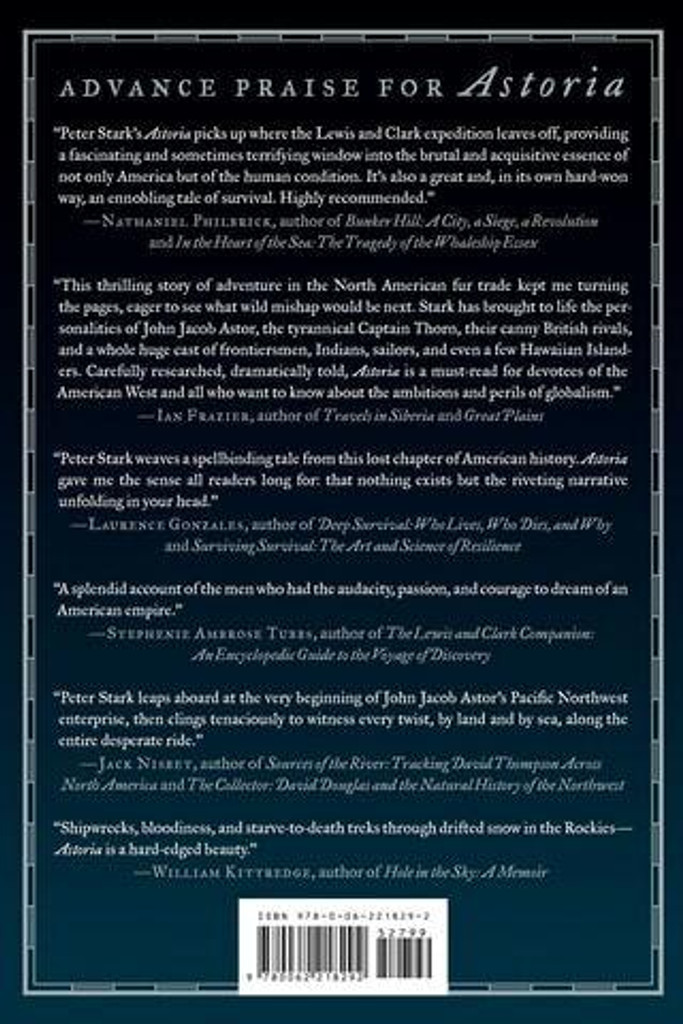 Astoria is the thrilling, true-adventure story of the 1810 - 1813 Astor Expedition, a tale of high adventure and incredible hardship in the wilderness and at sea to forge an American empire on the Pacific Coast at the mouth of the Columbia River where it empties into the Pacific Ocean in what is now Oregon.

Six years after Lewis and Clark began their journey to the Pacific Northwest, John Jacob Astor and Thomas Jefferson turned their sights to founding a colony akin to Jamestown on the West Coast and transforming the United States into a Pacific trading power.  Peter Stark, an author and Outside Magazine correspondent, offers a harrowing saga in which a band of explorers battle nature, starvation and madness to establish the first American settlement, Fort Astoria, in the Pacific Northwest and open up what would become the Oregon Trail, permanently altering the nation's landscape and its global standing.

And as someone who grew up in the Boston area, loves history and spends a good bit of time in Astoria, it's a undiscovered treasure if you really appreciate history.

Availability: Usually ships in one (1) business day.
Current Stock:
Weight: 15.75 Ounces
Width: 12.00 (in)
Height: 9.00 (in)
Depth: 1.00 (in)
SKU: AM-A:A&JLPE
Warranty: You can return any new, unopened item(s) within forty five (45) days from the day it was ordered, that counts as day one (1) and you have until day forty five (45) to postmark your return, for a full refund without question. For items that have been opened, tested, tried on, etc., we will honor the forty five (45) return day period as long as there is no noticeable wear and tear on the item(s) returned. While the outbound shipping costs are not refundable, we will pay the return shipping costs as determined by BeachNecessities.com, minus a $4.95 handling fee.