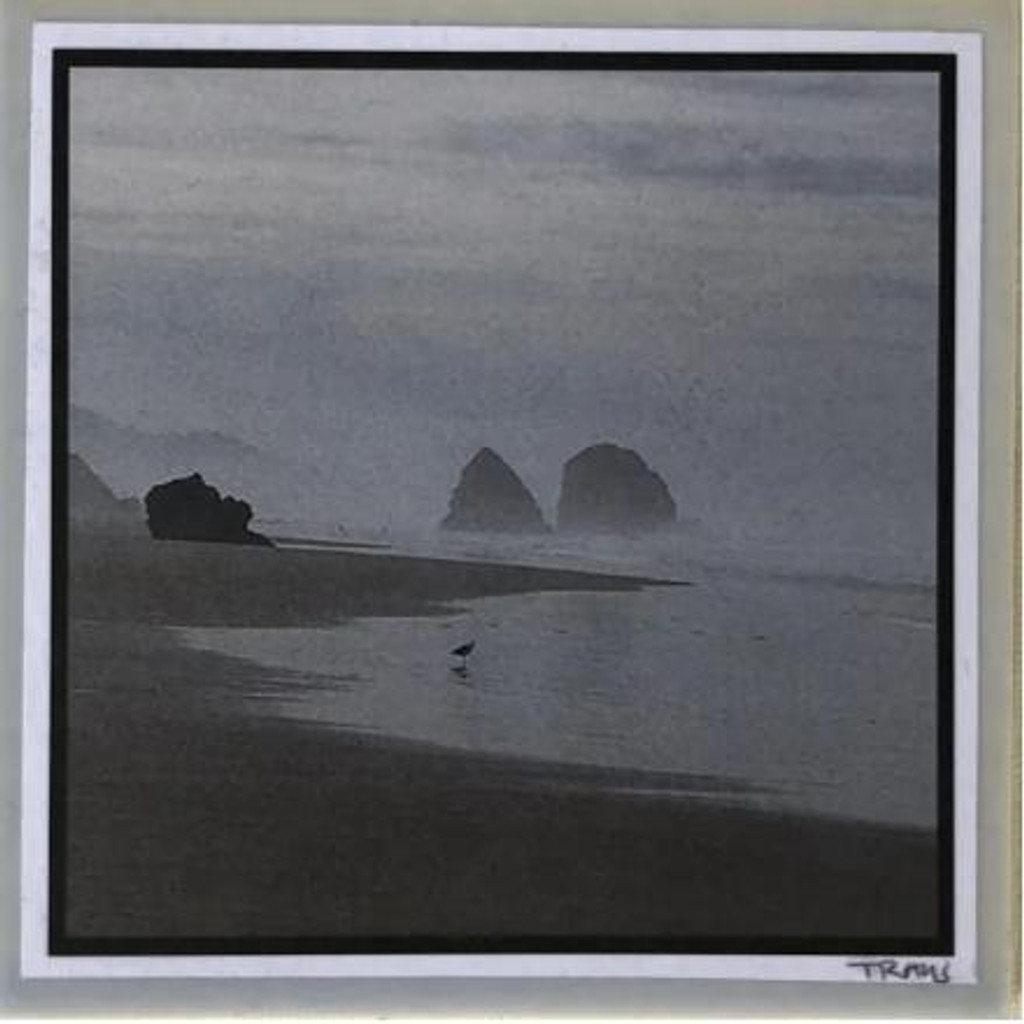 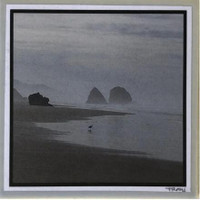 Cannon Beach is a small beach town on the north coast of Oregon and a popular tourist destination so if you have ever been this Cannon Beach in the Mist Coaster is a great memento.  What is now Cannon Beach, as well as the coastal area surrounding it, is part of the traditional territory of the Tillamook tribe.

William Clark of the Lewis and Clark expedition journeyed to Cannon Beach in early 1805.  The expedition was wintering at Fort Clatsop, roughly 20 miles to the north near the mouth of the Columbia River.  In Jan of 1806, Clark and several of his companions, including Sacagawea, completed a three-day journey to Cannon Beach where they encountered the Tillamook tribe and bartered for supplies including whale blubber and oil.  There is a wooden whale sculpture commemorating the encounter between Clark's group and the Tillamooks in a small park at the northern end of Hemlock Street.

People today are attracted by Haystack Rock, a 235-foot sea stack, or monolith, which is adjacent to the beach and accessible by foot at low tide. The Haystack Rock tide pools are home to many intertidal animals including starfish, sea anemone, crabs, chitons, limpets and sea slugs. The rock is also a nesting site for many sea birds, including terns and puffins.

The coaster is an actual picture epoxyed on to a piece of tile finished with clear coat and a cork under layer.  Handmade in Oregon, 1 - 2 coasters cost $9.95 ea and 3+ coasters cost $8.95 ea.

Availability: Usually ships in one (1) business day.
Current Stock:
Weight: 7.95 Ounces
Width: 9.00 (in)
Height: 6.00 (in)
Depth: 1.00 (in)
SKU: PDXC-CBitMC
Warranty: You can return any new, unopened item(s) within forty five (45) days from the day it was ordered, that counts as day one (1) and you have until day forty five (45) to postmark your return, for a full refund without question. For items that have been opened, tested, tried on, etc., we will honor the forty five (45) return day period as long as there is no noticeable wear and tear on the item(s) returned. While the outbound shipping costs are not refundable, we will pay the return shipping costs as determined by BeachNecessities.com, minus a $4.95 handling fee.

Life is Better at the Beach Coaster