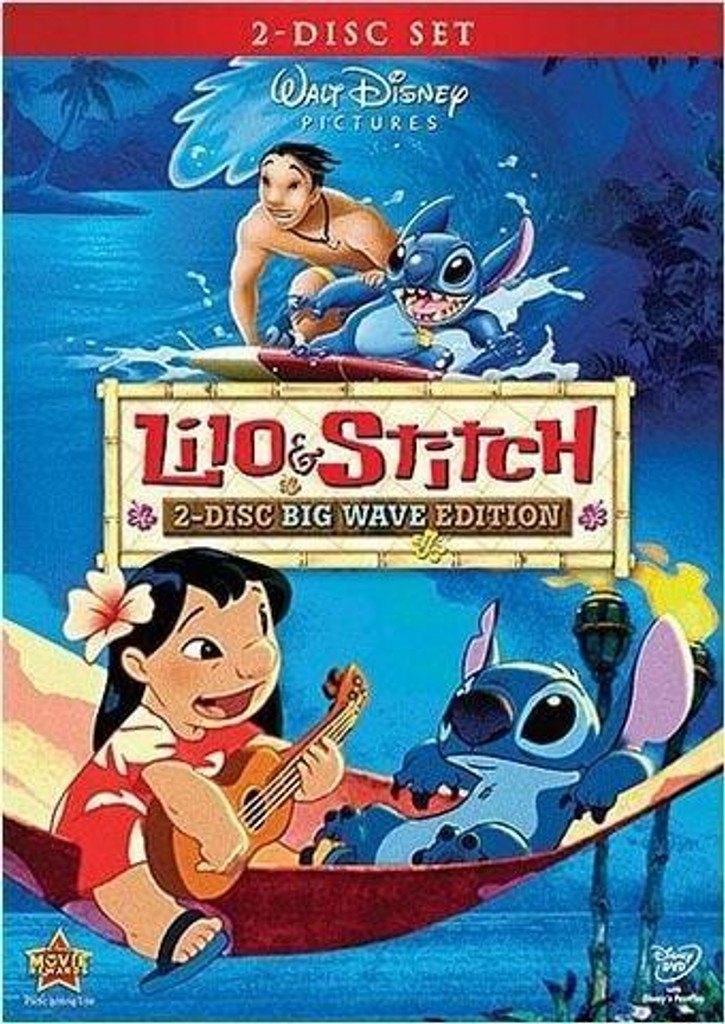 Something for the kids and Hawaii lovers while relaxing at the beach house, Lilo & Stitch: 2-Disc Big Wave Edition.  For those who might not be familiar with this DVD, this animated film's story revolves around two eccentric and mischievous individuals: a young Hawaiian girl named Lilo Pelekai, who is raised by her older sister Nani after their parents died in a car accident, and a blue extraterrestrial animal-like creature named Experiment 626 (aka Stitch).

Set in Kauai (aka the Garden Isle), Nani decides to let Lilo adopt a dog and this is where Lilo is introduced to Experiment 626 / Stitch where he is pretending to be a dog.   Stitch, who is genetically engineered by his scientist creator to cause chaos and destruction, initially uses Lilo to avoid being captured by an intergalactic federation, but Lilo and Stitch develop a close bond through the Hawaiian concept of ʻohana, or extended family, and for much of the movie the hijinx ensue as Stitch tries to avoid being captured.

This bond with Lilo causes Stitch to reconsider, and eventually defy, his intended destructive purpose in order to keep his extended family together so yes, it's a happily ever after beach themed movie, but a highly entertaining one that parents can enjoy with their kids at the beach.  Is the bonus 2-disc Big Wave edition.

Availability: Usually ships in one (1) business day.
Current Stock:
Weight: 5.25 Ounces
Width: 9.00 (in)
Height: 6.00 (in)
Depth: 1.00 (in)
SKU: AM-L&S:2DBWE
Warranty: You can return any new, unopened item(s) within forty five (45) days from the day it was ordered, that counts as day one (1) and you have until day forty five (45) to postmark your return, for a full refund without question. For items that have been opened, tested, tried on, etc., we will honor the forty five (45) return day period as long as there is no noticeable wear and tear on the item(s) returned. While the outbound shipping costs are not refundable, we will pay the return shipping costs as determined by BeachNecessities.com. There is no handling fee of $4.95 if the total return weighs < eight (8) oz.