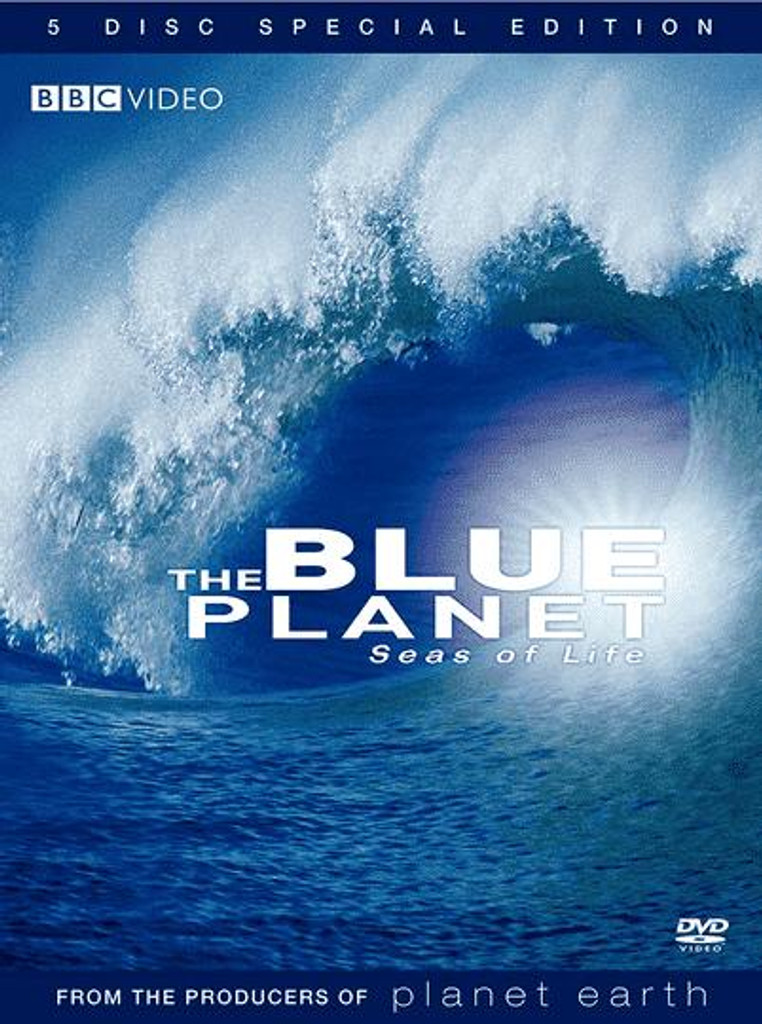 Before creating the monumental Planet Earth, producer Alastair Fothergill and his team from the BBC put together one of the most breathtaking explorations of the ocean ever assembled, The Blue Planet: Seas of Life.  The winner of two Emmy Awards, The Blue Planet: Seas of Life is the definitive exploration of the marine world, chronicling the mysteries of the deep in ways never before imagined.

Here is the breakdown of the original 4 discs: 1) Ocean World & Frozen Seas; 2) Open Ocean & The Deep; 3) Seasonal Seas & Coral Seas and 4)  Tidal Seas & Coasts.  And in this latest all new special edition it includes an added 5th disc of bonus programming not included in the original DVD release for a total of 390+ minutes, 6.5+ hours, of programming.  See it again, like never before as this truly is one amazing series of DVDs on the greatest unknown on this planet, our ocean.

The series took almost five years to make, involving nearly 200 filming locations.  The fact that most of the ocean environment remains a mystery presented the production team with many challenges.  Besides witnessing some animal behaviors for the first time, the crew also observed some that were new to science.  The producers were helped by marine scientists all over the world with state-of-the-art equipment.

Availability: Usually ships in one (1) business day.
Current Stock:
Weight: 12.25 Ounces
Width: 12.00 (in)
Height: 10.00 (in)
Depth: 0.50 (in)
SKU: AM-TBPSoL
Warranty: You can return any new, unopened item(s) within forty five (45) days from the day it was ordered, that counts as day one (1) and you have until day forty five (45) to postmark your return, for a full refund without question. For items that have been opened, tested, tried on, etc., we will honor the forty five (45) return day period as long as there is no noticeable wear and tear on the item(s) returned. While the outbound shipping costs are not refundable, we will pay the return shipping costs as determined by BeachNecessities.com. There is no handling fee of $4.95 if the total return weighs < eight (8) oz.

The Life & Love of the Sea