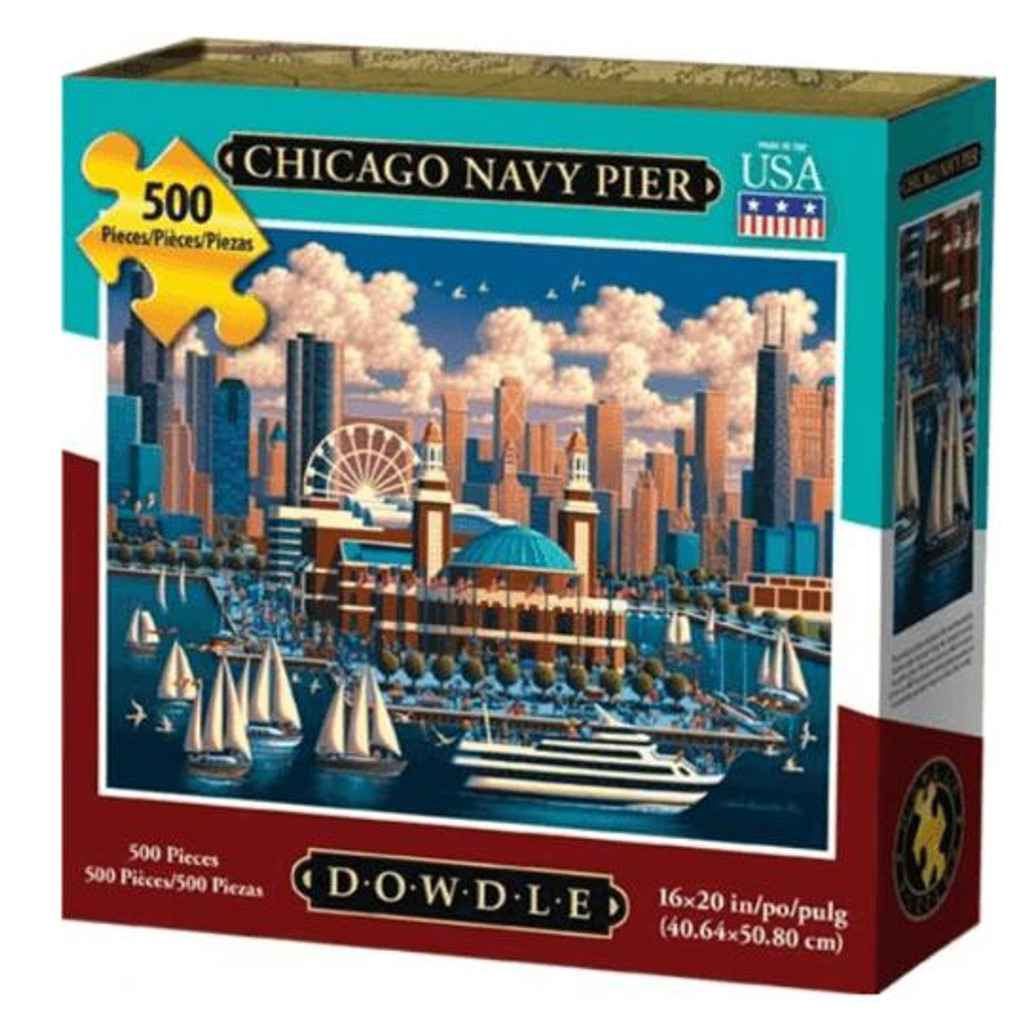 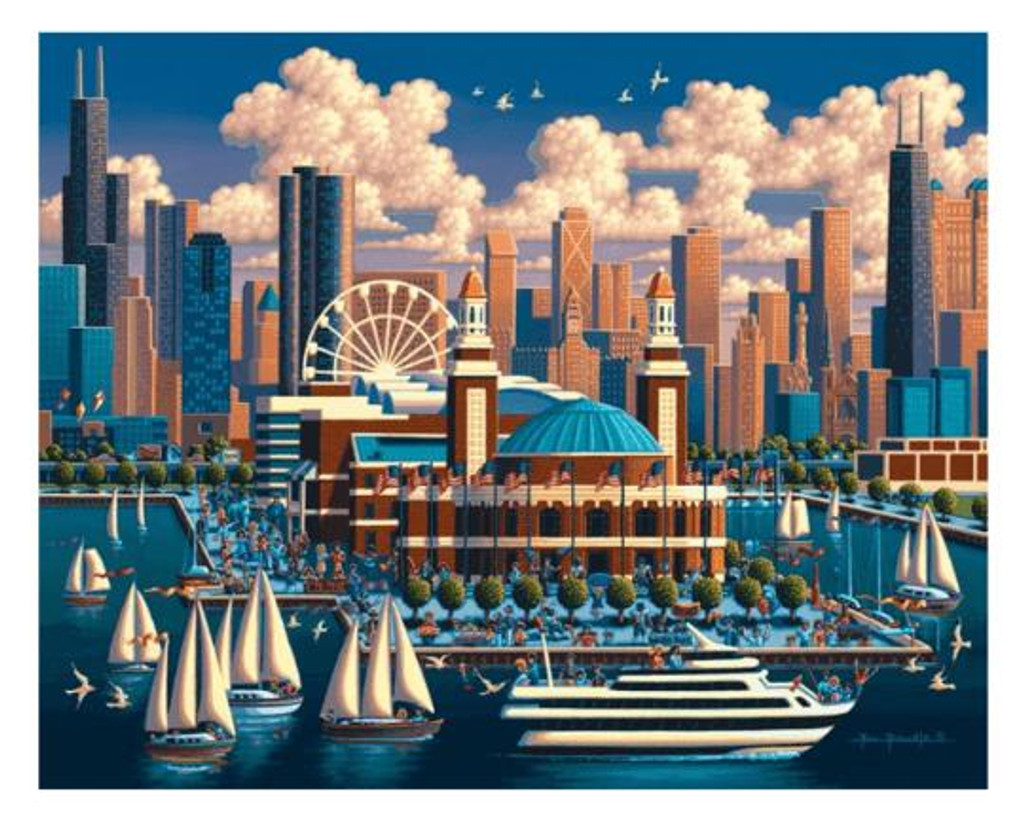 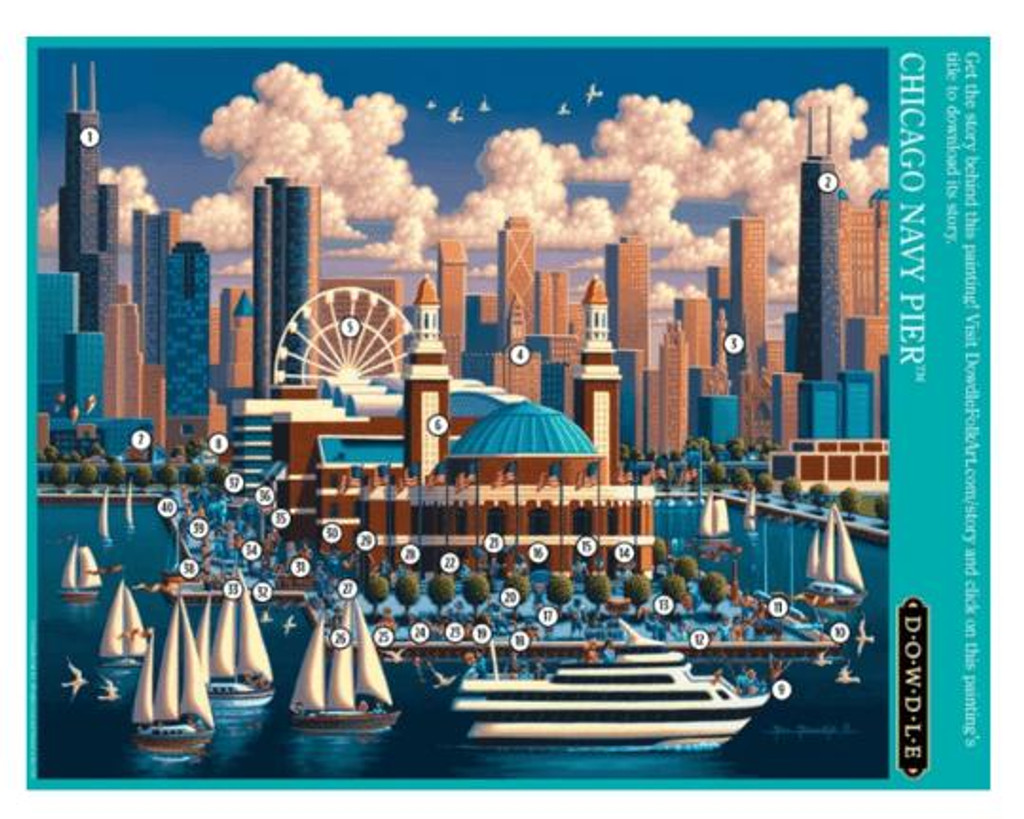 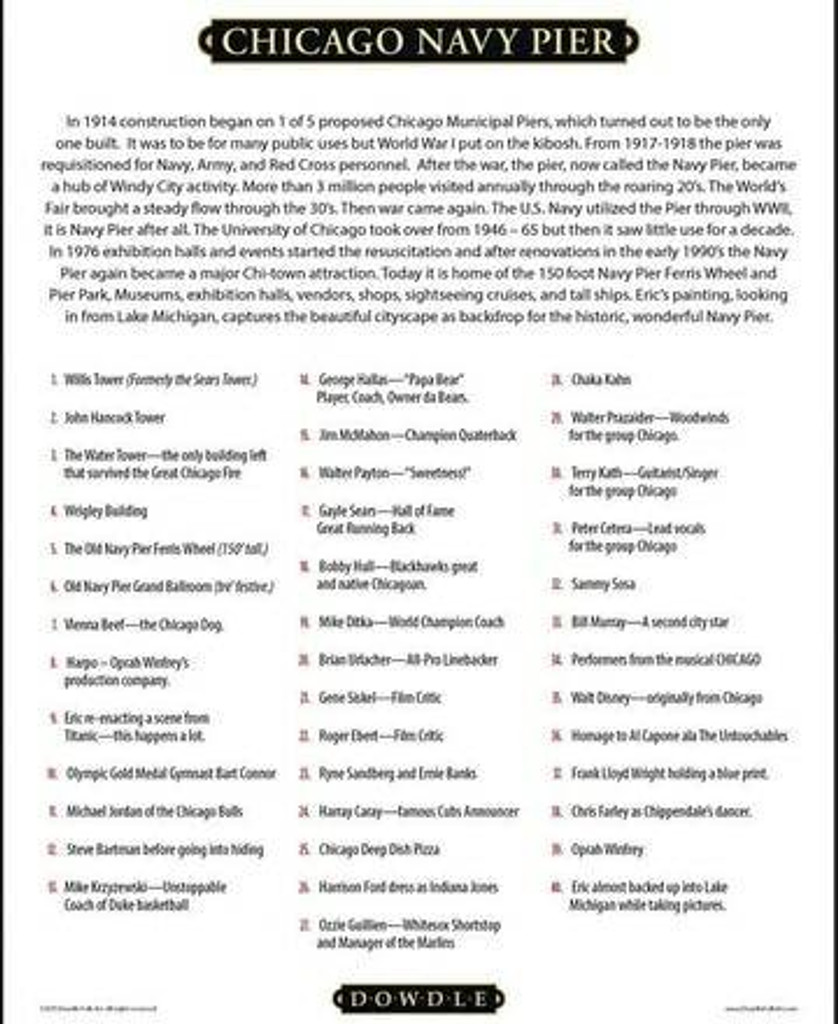 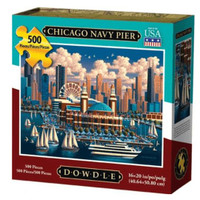 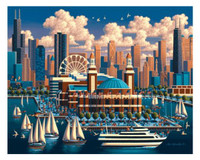 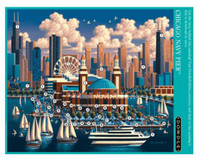 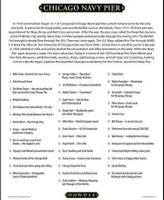 For Lake Michigan and lake aficionados, here's the Chicago Navy Pier Jigsaw Puzzle from Dowdle.  Construction begin on 1 of 5 proposed Chicago Municipal Piers in 1914, but only one was built.  Originally intended for public use, World War I kiboshed that and from 1917-1918 the pier was requisitioned for Navy, Army, and Red Cross personnel.

After the war, the pier, now called the Navy Pier, became a hub of Windy City activity.  More than 3 million people visited annually through the roaring 20’s and the 1933 - 34 World’s Fair brought a steady flow through the 30’s.  War came again in the 40s so the U.S. Navy utilized the Pier through WWII, it is Navy Pier after all, but the University of Chicago took over from 1946 – 65.

Then the .pier grew quiet until 1976 when exhibition halls and events started the resurrection and after renovations in the early 1990’s the Navy Pier again became a major Chitown attraction.  Today it is home to the nearly 200' Navy Pier Ferris Wheel and Pier Park, museums, exhibition halls, vendors, shops, sightseeing cruises and tall ships.  500 pieces and completed the puzzle is 16" W x 20" L.

Availability: Usually ships in one (1) business day.
Current Stock:
Weight: 28.00 Ounces
Width: 15.00 (in)
Height: 12.00 (in)
Depth: 3.00 (in)
SKU: DOW(WM)-CNPJP
Warranty: You can return any new, unopened item(s) within forty five (45) days from the day it was ordered, that counts as day one (1) and you have until day forty five (45) to postmark your return, for a full refund without question. For items that have been opened, tested, tried on, etc., we will honor the forty five (45) return day period as long as there is no noticeable wear and tear on the item(s) returned. While the outbound shipping costs are not refundable, we will pay the return shipping costs as determined by BeachNecessities.com, minus a $4.95 handling fee.