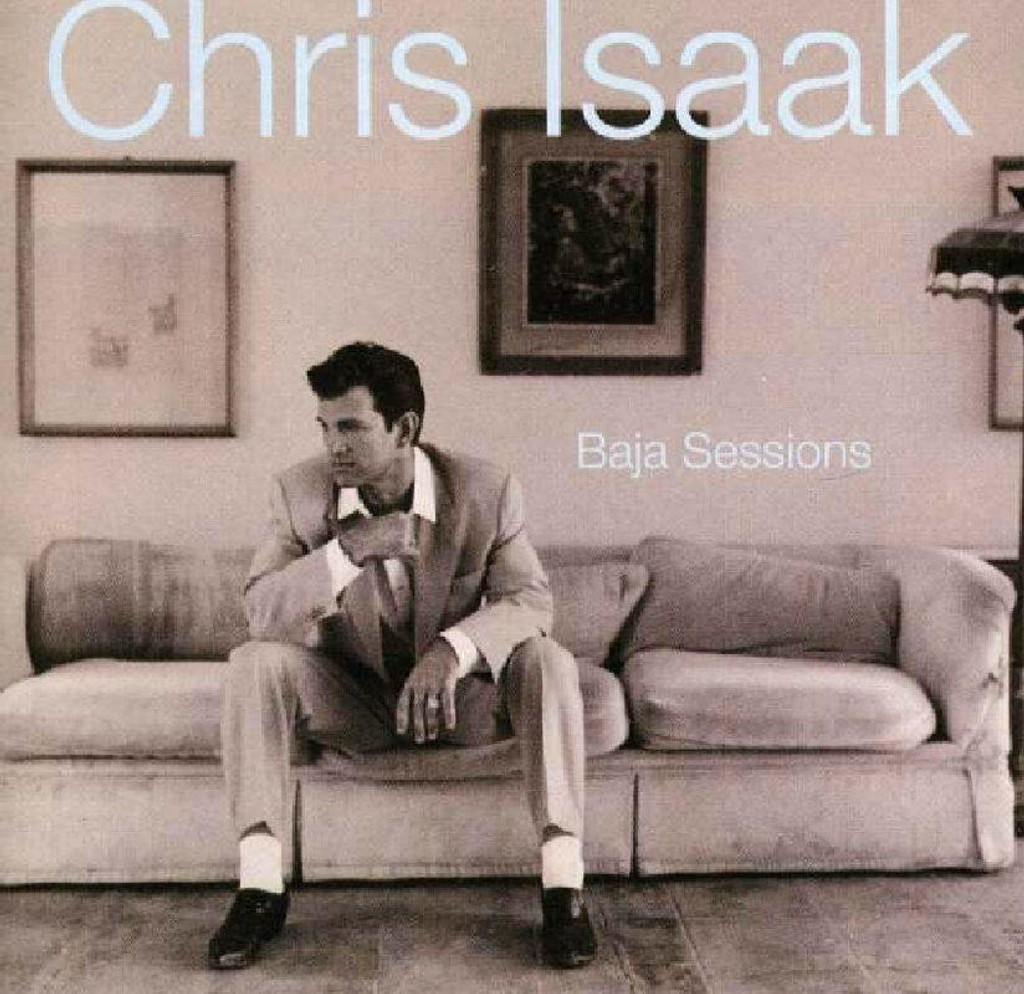 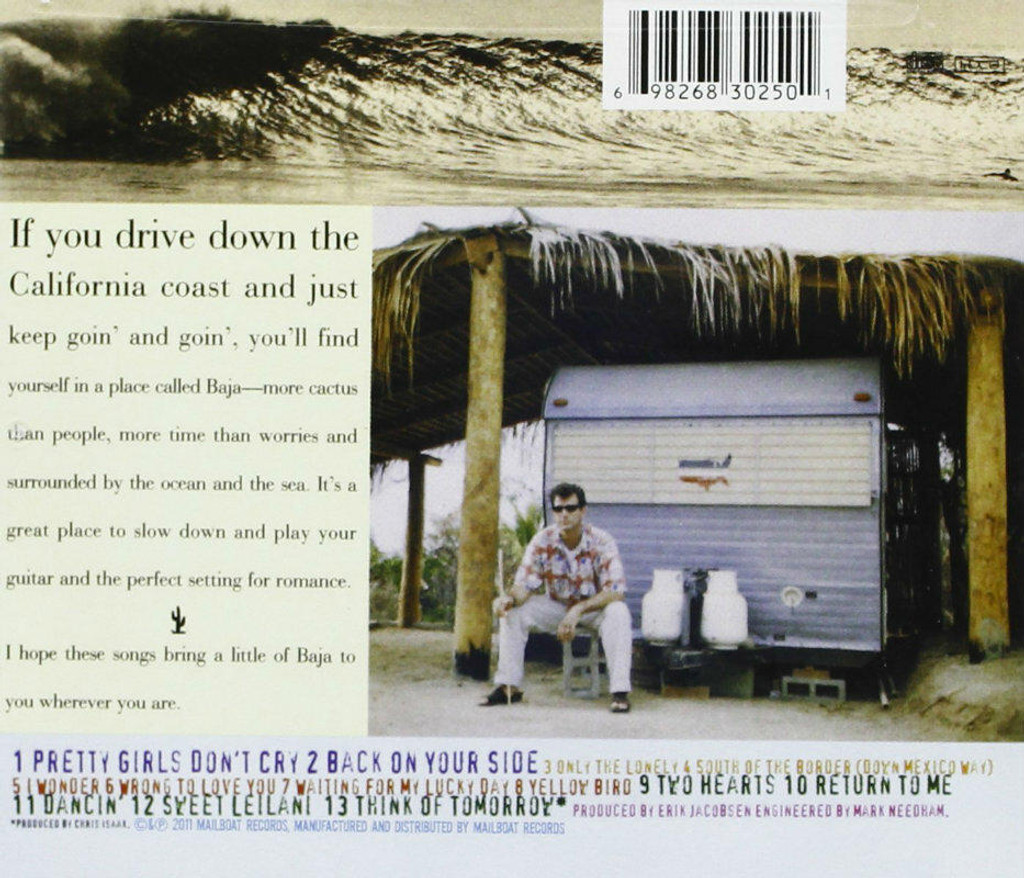 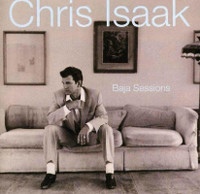 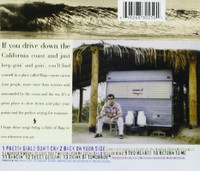 While not typically thought of as a beach / surf rock musician, Chris Isaak broke form on this 1996 CD release, Baja Sessions, whose title and several tracks suggest Baja California.  Isaak contributed some of his strongest originals showcasing his vocal prowess such as Pretty Girls Don't Cry, Back on Your Side, Wrong to Love You and Two Hearts.

The album also includes several covers such as Only the Lonely from Roy Orbison, South of the Border (Down Mexico Way) from Jimmy Kennedy and Michael Carr as well as Sweet Leilani from Harry Owens which are considered classics.  Just a great selection for the beach.

Availability: Usually ships in one (1) business day.
Current Stock:
Weight: 5.25 Ounces
Width: 9.00 (in)
Height: 6.00 (in)
Depth: 0.75 (in)
SKU: AM-CIBS
Warranty: You can return any new, unopened item(s) within forty five (45) days from the day it was ordered, that counts as day one (1) and you have until day forty five (45) to postmark your return, for a full refund without question. For items that have been opened, tested, tried on, etc., we will honor the forty five (45) return day period as long as there is no noticeable wear and tear on the item(s) returned. While the outbound shipping costs are not refundable, we will pay the return shipping costs as determined by BeachNecessities.com. There is no handling fee of $4.95 if the total return weighs < eight (8) oz.