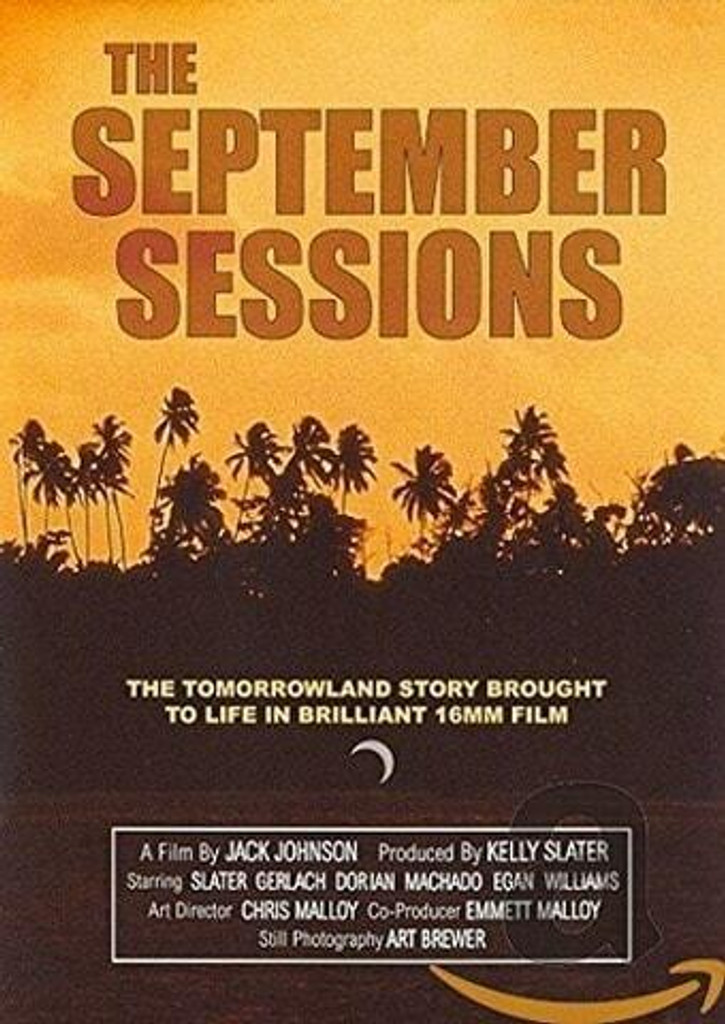 If both a surfing and music aficionado, The September Sessions is the DVD for you as it showcases some of the world's greatest surfers in Kelly Slater, Rob Machado, Shane Dorian and Jack Johnson while it also highlights Jack Johnson's emergence as a musician so a bit of a two for one here.

This emerged when Kelly asked Jack and some other friends to head to Indonesia with him for some surfing downtime.  With the crew living on a retired Japanese coastguard cutter, Neptune 1, they embarked on a surfing trip off the coast of Sumatra, the Mentawai Islands, in September of 1999 where Kelly was finding his groove again following his initial retirement from the ASP circuit.  At the same time, this film captures Jack's rise in filmmaking and as a musician.

Would have been a great trip to be on, but as we weren't we can at least watch the fun and as the bonus DVD it's 50% longer, 60 minutes, from the 40 minute original.

Availability: Usually ships in one (1) business day.
Current Stock:
Weight: 5.25 Ounces
Width: 9.00 (in)
Height: 6.00 (in)
Depth: 0.50 (in)
SKU: AM-TSS
Warranty: You can return any new, unopened item(s) within forty five (45) days from the day it was ordered, that counts as day one (1) and you have until day forty five (45) to postmark your return, for a full refund without question. For items that have been opened, tested, tried on, etc., we will honor the forty five (45) return day period as long as there is no noticeable wear and tear on the item(s) returned. While the outbound shipping costs are not refundable, we will pay the return shipping costs as determined by BeachNecessities.com. There is no handling fee of $4.95 if the total return weighs < eight (8) oz.

God Created the Beach and It Was Good Jigsaw Puzzle