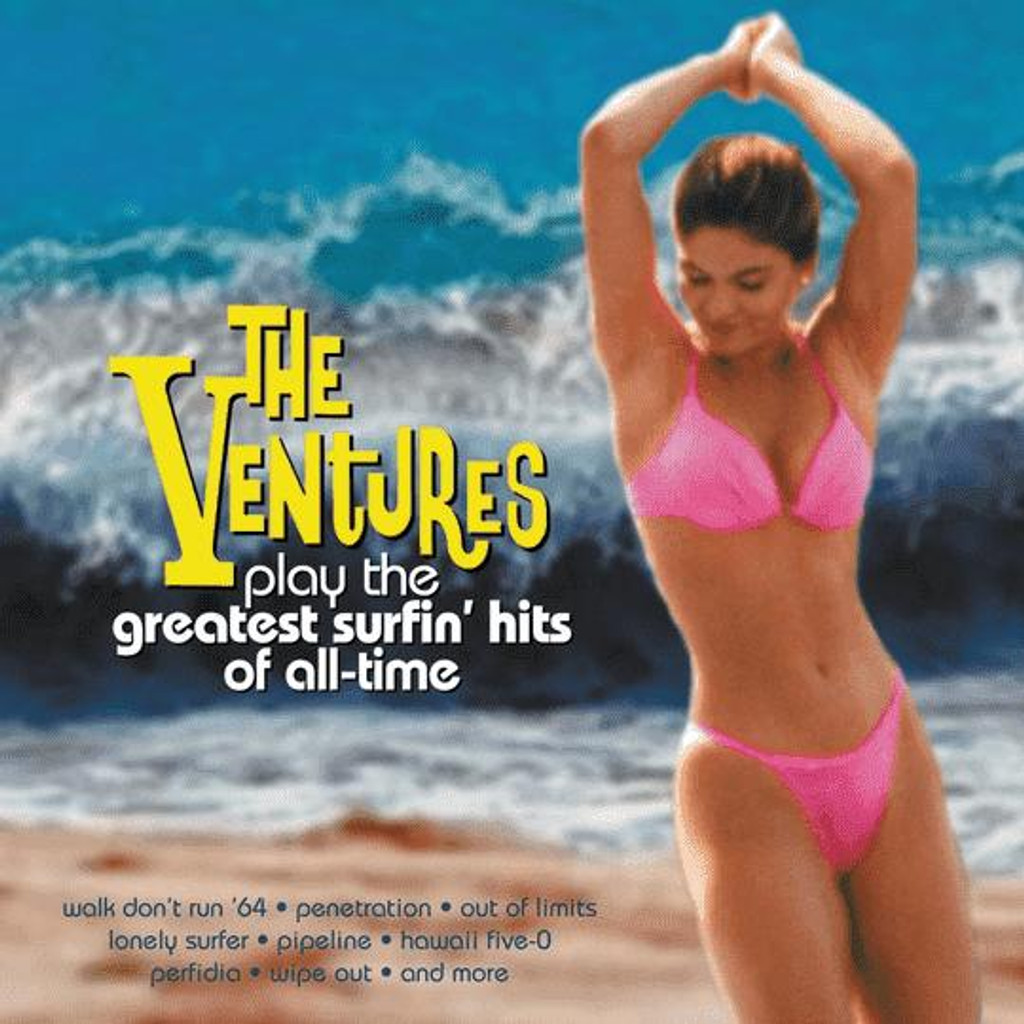 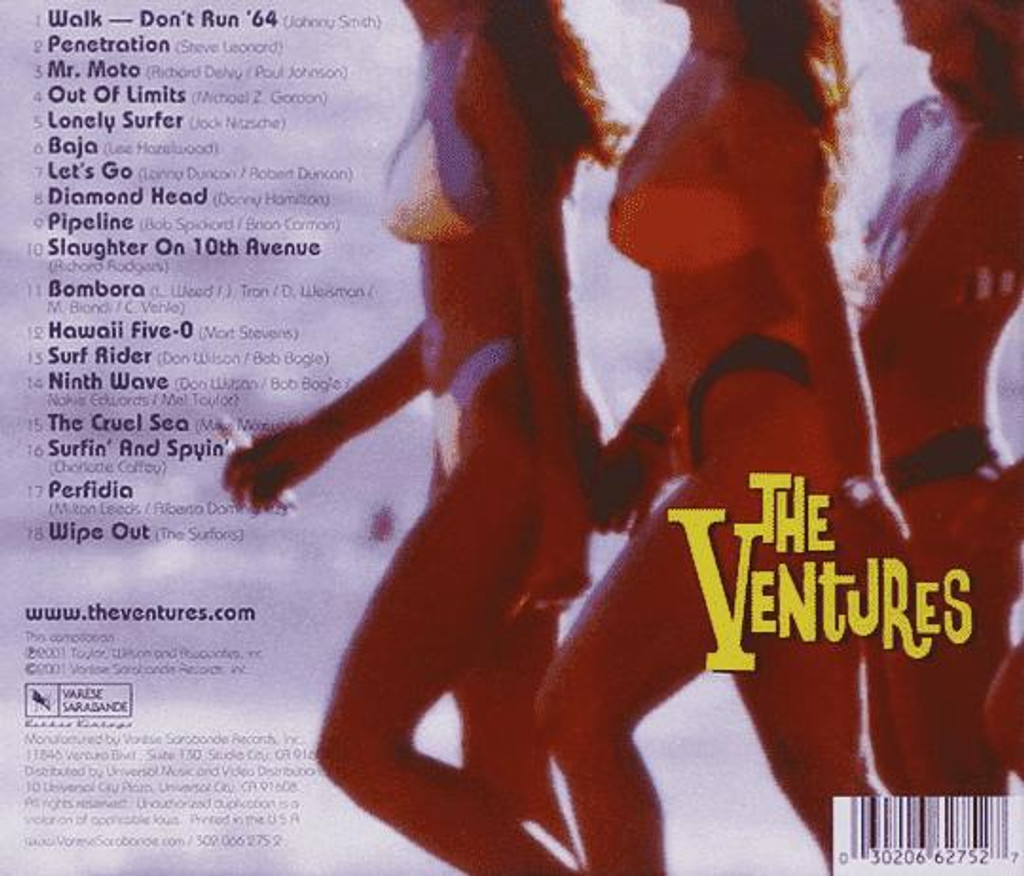 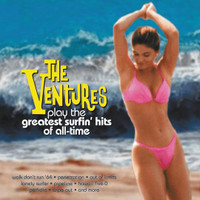 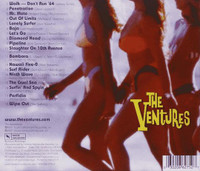 While Tacoma, WA doesn't strike many people as the heart of surf country, The Ventures play the greatest surfin' hits of all time.  This all new collection features new versions of their biggest hits including Walk--Don't Run '64, Hawaii Five-O, Diamond Head and others plus covers of other great surfing songs like Pipeline, Wipe Out, etc.  Just a solid set of beach / surf music to chillax to.

Widely referred top as the band that launched a thousand bands, the group was inducted into the Rock and Roll Hall of Fame in 2008.  But it's their popularity in Japan that still surprises people as they are widely viewed as one of the most popular US acts to ever play in Japan.  In fact, it's been suggested The Ventures outsold the Beatles in Japan.  Truth or urban legend?

Availability: Usually ships in one (1) business day.
Current Stock:
Weight: 5.25 Ounces
Width: 9.00 (in)
Height: 6.00 (in)
Depth: 0.75 (in)
SKU: AM-TVptgshoat
Warranty: You can return any new, unopened item(s) within forty five (45) days from the day it was ordered, that counts as day one (1) and you have until day forty five (45) to postmark your return, for a full refund without question. For items that have been opened, tested, tried on, etc., we will honor the forty five (45) return day period as long as there is no noticeable wear and tear on the item(s) returned. While the outbound shipping costs are not refundable, we will pay the return shipping costs as determined by BeachNecessities.com. There is no handling fee of $4.95 if the total return weighs < eight (8) oz.